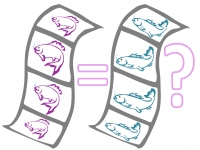 The Shape of Water: a case of plagiarism?

Winner of four Academy Awards for Best Film, Best Director, Best Soundtrack and Best Screenplay, the film "The Shape Of Water", written and directed by the Mexican director Guillermo del Toro, has received an extremely generous reception from the public and film critics alike since its first appearance - despite the various challenges made by several artists regarding the film's alleged similarities with works of the past.

As reported by "The IPKat" in their recent article "Del Toro and The Shape of a Lawsuit", David Zindel, son of the Pulitzer-prize winner Paul Zindel, is to appeal to the United States District Court for the Central District of California (case no. 2: 18-CV-01435) against the writer-director del Toro, the associate producer Daniel Kraus, the film's production and distribution company Fox Searchlight Pictures Inc., as well as others involved in the making of the film.  Zindel is asking for it be ascertained whether the film is - in a clear violation of copyright - an "unauthorised derivative work" plagiarising his fathers' play "Let Me Hear You Whisper", written in 1969 and with two successive TV adaptations in 1969 and 1990. Zindel alleges that del Toro's film, although presented to the public as highly original, is nothing but a "shameless copy" of the story, elements, characters, and themes of "Let Me Hear You Whisper".  The plaintiff therefore requires, in view of the serious injuries and damages suffered, the application for interim injunction, as well as compensation for damage suffered.

In support of his case, Zindel cites more than sixty alleged similarities between "Let Me Hear You Whisper" and "The Shape of Water", detailing all of the elements supposedly illegally reprised in the more recent work.  He attempts to show that both works are the story of  humble and lonely women bound by a deep relationship with a marine creature unjustly locked up in the military laboratory in which they work; women whose sole purpose becomes, as the plot unfolds, to save the creature from a tragic death.

The similarities between the two works are undoubtedly evident and undeniable, considering also that, as pointed out by the plaintiff, that the artistic director Daniel Kraus "had the idea for the film in the same year in which the A&E TV adaptation of Zindel's work was aired" and that Kraus had already displayed that he was familiar with the work of Zindel by positively reviewing Zindel's book "The Pigman" in one of his articles.

On this matter, a recent ruling by the Court of Milan (13 July 2011) states that the examination of the derivative nature of a work must be conducted not so much by highlighting similarities with the original work, but by considering whether the derivative work departs in order to convey a different artistic message which is the exclusive result of the creative talent of its author, and which does not in any way take inspiration from the previous work.  Such a scenario was in any case denied by the Mexican director, who claimed never to have come into contact with the work of Zindel and maintained that the work from which he drew inspiration was "The Creature From The Black Lagoon".

It can also be noted that many of the elements claimed as "shamelessly copied" by Zindel can be found in a number of works in the past, such as the idea of an animal that must be saved, or the settings in scientific laboratories where, for military purposes, experiments are carried out on living creatures, as well as the presence of spies, scientists, and supervisors.  So one could almost say that at least some of the central elements of del Toro's film could be part of the scène à faire[scenes that must be done, French] doctrine - obligatory elements for the creation of a work in a given genre, in this case "fantasy/science fiction".

In fact, as del Toro himself has acknowledged, his film's narrative certainly appears to have adopted these elements, but it can also be acknowledged that his story has significant differences compared to the work of Zindel and different is the plot development, that comes from a complex and original composition and combination of all the elements in a whole.

It will therefore be necessary to determine which are the essential elements that characterise the two works being compared, in order to verify their originality.

It will be of considerable interest to see how the Californian Court addresses the issue presented to it.

Tweet
More in this category: « Green light from the European Parliament for the proposal for revision of the Audiovisual Media Services Directive Resale Right Royalty: Who Pays? For the CJEU it does not matter whether it is the seller or the buyer as long as it is paid »
back to top