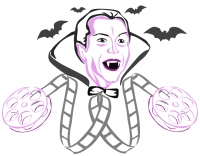 Dracula and compensation for damages; a bloodletting for the film distributor

Last January the Court of Rome expressed itself with severity, particularly in connection with the compensation for damages paid to film producers regarding one of the main obligations provided in the contract for the distribution of cinematographic works: namely the provision related to the minimum number of rooms - or screens - in which screenings must take place.

With reference to the Italian distribution of the film "Dracula di Dario Argento" ["Dario Argento's Dracula"] the film's producer claimed to the distributor to have failed to comply with the contractual obligation of screening the film on a total of at least 200 screens in Italy's so-called "città capozona" [regional capitals], in addition to failing to deliver the accounts and pay the amounts due under the terms of the contract.

Regarding the first claim, the distributor replied that the regional capitals - namely Rome, Turin, Bologna, Naples, Bari, Cagliari, Milan, Genoa, Padua, Florence, Catania and Ancona (as defined under Legislative Decree 28/2004, now repealed by new cinema legislation. 220/2016) - have in total only 170 cinemas and not 200.  Therefore, to show a film on 200 screens would necessarily involve simultaneous screenings of the same movie in some of these cinemas.

The Court took the opportunity to clarify the difference between the concepts of "cinemas" and "screening rooms" or "screens", specifying that the former are structures with multiple screens (multiplexes) whilst the latter two terms refer to a single screen.

With this clarified, and by virtue of a literal interpretation of the contract, according to the judge the distributor breached the contract for not having screened the film on the number of screens contractually stipulated (i.e. "200 digital screens in the regional capitals"), also considering the projection of the film on more than one screen of the same multiplex facility useful and appropriate for the fulfilment of contractual obligations.

The Court of Rome therefore ordered the producer to pay damages for approximately €1,358,000.00. As a criterion for the calculation of the amount due, the judge took into consideration the actual takings of the film, equal to €330,000.00, deducting the 50%, due to the cinema operators.

Regarding the damage component for so-called loss-of-profit, it was assessed on a equitable basis, the court adopted as a reference point the takings of two previous films by Dario Argento ("Il Cartaio" and "La Terzo Madre"), reduced by 50% on account of a lower average attendance due to the economic crisis at the time, which gave a loss-of-income of €3,396,157.00 (with deductions of 50% in favour of cinema operators and 20% for distribution commissions).

The parameters used by the Court to calculate such substantial compensation for damages seem rather random, since it is difficult to establish on paper the box office success of a film only on the basis that it comes from the same director, without - it appears - taking into account other important factors such as, for instance, the promotional activities carried out and the date of release.

The ruling also highlights the importance of the definitions contained in film distribution contracts and contracts in general, where the choice of a given term in place of another can have serious consequences.

Tweet
More in this category: « Processing of personal data on Facebook: who is the data controller? Green light from the European Parliament for the proposal for revision of the Audiovisual Media Services Directive »
back to top