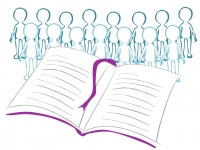 The Autorità per le Garanzie nelle Comunicazioni (AGCOM) [The Italian Communications Authority], by way of implementing Legislative Decree 7 December 2017 no. 204 concerning the reform of legislation on the promotion of European and Italian works by audio-visual media service [AVMS] providers (“Franceschini Law”) has, by means of Resolution 184/18/CONS published on 9 May 2018, submitted a draft regulation to public consultation, inviting interested/parties (operators of the sector, including AVMS providers and producers- also as associations - and institutional bodies, to submit their observations on the matter within 30 days of the online publication of the Resolution.

The draft, contained in Attachment A of the Resolution,specifies the criteria required by the Decree for the definition of independent producer and expressly states that the making of Italian versions of works, an important aspect of the Italian audio-visual industry, falls within the notion of “television production activity”.

The draft regulation also establishes the basis for calculating programming and investment quotas for providers of on-demand audio-visual media services. In a separate Attachment B, also subject to consultation, there are further technical specifications for implementing the valorization of European works in the catalogue of on-demand services.

Lastly, alongside the rules on exemption claims, the draft regulation introduces a separate procedure, regulated by art. 11, intended to allow operators to recover losses in relation to investment obligations.

These are the main points of the draft regulation. Parties interested in participating in the public consultation must submit their observations to the Authority within 30 days of publication of the Resolution on the AGCOM website. The aim is to come up with a text which satisfies as far as possible the need to harmonizeand simplify the current legislative framework regulating the EU quotas sector. The ensuing regulation is due to come into force on 1 January 2019.

Tweet
More in this category: « Banksy: invisible yes…but when it comes to his own trademarks he comes out into the open! Advocate General Szpunar: Louboutin's red sole is a shape mark that "gives substantial value to the product" »
back to top