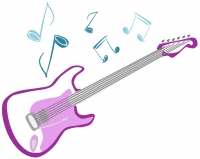 Who has the right to register the name of a band as a trademark? The Deep Purple case

On 4 October the EU General Court upheld the decision of the EUIPO Board of Appeal on an opposition raised against registration of the name “Deep Purple” as a trademark, stating that it could be registered but only for certain Class 9 products (in particular computer games and software), in line with what had been decided by the Board of Appeal.

The dispute decided by the General Court commenced in 2013 when Richard Hugh Blackmore, former member of Deep Purple, applied to register the name of the group as an EUTM for goods and services in Class 9 (musical recordings), Class 25 (clothing) and Class 41 (entertainment services).

Ian Paice, current drummer of the famous band, opposed registration of the Deep Purple name under Article 8 (4) EUTMR, arguing that the band was entitled to exclusive use of the name, invoking de facto use of the name by the band, in the light of the principle of English law of passing off, established by way of protecting goodwill.The opposition was partially admitted by the EUIPO, which ruled that registration was valid but only for some of the goods originally claimed by Richard Hugh Blackmore, finding on the contrary that there was a likelihood of confusion in relation to the other goods.

Both Paice and Blackmore appealed the decision before the EUIPO Board of Appeal which, in light of the evidence provided on the goodwill accrued by the earlier mark and on the likelihood of confusion between the signs, upheld the previous decision. However, it further limited the goods originally claimed to some Class 9 goods (including computer games and software).

Both parties then submitted an appeal to the EU General Court, Blackmore claiming that the passing off rule had been misapplied and Paice requesting that registration of the remaining goods also be ruled out.

The Court stated that the demonstrated goodwill of the trademark in certain sectors could not prove likelihood of confusion between the signs with respect to very different goods and services. It ruled that it had in no way been shown that Deep Purple sold goods similar to those of Class 9 in question or that, with regard to bands, sale of such goods was a typical activity.

The Court also dismissed the other argument that Blackmore’s intention at the time of registering the trademark was deceptive, ruling that this was unproven.

The name of a band is undoubtedly a distinctive sign and of financial value to the relative group. In Italy the Courts have, on a number of occasions, acknowledged the principle whereby members of a band have an exclusive right to use the name thereof. A band is understood as ageneral partnership to which interests and rights are ascribed. The name belongs exclusively to the band, even should one of the original members leave. Accordingly, a former member cannot claim the right to use the collective name (let alone register it as a trademark). The interest of the group in exclusive use must, in any case, be balanced against that of former members in being able to evoke the roots of their artistic activity, provided this is done clearly and in such a way as to not create confusion between the artistic product offered by the former member of the band and that of the current members of the band who have the right to exclusive use of the name (Supreme Court 11 April 2018, no. 9013  in the case “I Cugini di Campagna”).

Tweet
More in this category: « The Ferragamo hooks return to the Supreme Court Banksy: invisible yes…but when it comes to his own trademarks he comes out into the open! »
back to top