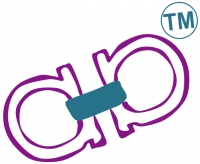 The Ferragamo hooks return to the Supreme Court

Last October the Supreme Court admitted an appeal brought by Salvatore Ferragamo Italia S.p.a. (“Ferragamo”) against a decision of the Court of Appeal of Milan which, in overturning a previous decision of the Court of First Instance, had ruled that the Ferragamo hooks (whose shape recalls a stylized letter «W» ) were not infringed by the hooks used in bags made by Ripani Italiana Pelletterie S.r.l. (“Ripani”) connecting the shoulder strap to the bag. The Court of Appeal had ruled out infringement on the grounds that, although there was some evident similarity with the Ferragamo trademarks, it was «remote similarity» which did not give rise to a likelihood of confusion for the public. In particular, the Court had ruled that the Omega-shaped hooks used in the Ripani bags served an instrumental rather than distinctive function, while the Ferragamo three-dimensional trademark not only reproduced the letter Omega in a more harmonious fashion but also served to identify and distinguish the products bearing it.

The Supreme Court ruled that the Court of Appeal had erroneously found that there was no  likelihood of confusion between the signs on the basis of the instrumental/decorative function served by the Omega-shaped hooks used in the Ripani bags. It stated that the Court of Appeal had failed to consider the fact that the marked similarity between the Ripani and Ferragamo hooks risked leading the consumer to believe that the products came from the same enterprise or related enterprises. It held that public perception of a sign as an ornament cannot be an obstacle to ascertaining a likelihood of confusion in the presence, as in the matter at issue, of a sign which is markedly similar to the registered trademark.

The conclusion of the Supreme Court is in line with Article 20 Intellectual Property Code whereby a trademark holder is entitled to forbid uses which are effected “in the course of trade”. This means that use of a trademark which is identical or similar to that of the trademark holder is unlawful if effected in the sale or provision of products, regardless of the fact that use of the trademark is effected with a distinctive or functional/ornamental purpose. What is important for the purposes of ascertaining infringement is that the infringer use in the course of trade a sign which is identical or similar to the protected traemark, albeit with a non-distinctive function, provided it can bring to mind the message transmitted by the imitated trademark.

The case was then referred back to the competent lower Courtfor re-examination of the matter in light of the principles expounded by the Supreme Court. This decision once again asserts the importance of the evocative-suggestive function of a trademark and the fact that the scope of protection attributed to a trademark holder aims to ensure that its sign can also serve the function of transmitting a specific message to the relevant public.

Tweet
More in this category: « Virtual currency: the debate, not only in Italy, is ongoing Who has the right to register the name of a band as a trademark? The Deep Purple case »
back to top