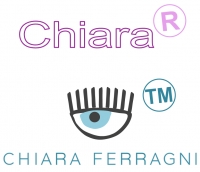 Following the recent decision of the General Court (EU) of 8 February 2019, Chiara Ferragni has obtained confirmation as to the valid registration of the figurative trademark Chiara Ferragni with stylized eye throughout the EU in relation to clothing and accessories.

The dispute arose in 2015 when a Dutch company, holder of the denominative trademark “Chiara”, filed a notice of opposition before the EUIPO against the later filing as a trademark of the composite figurative sign “Chiara Ferragni” in relation to the same products, including clothing and accessories, on the grounds of an alleged likelihood of confusion between the trademarks.

In 2017, following the opposition, the EUIPO denied registration of the figurative trademark «Chiara Ferragni» as an EUTM for bags, pencil cases, keyrings, pursesand clothing.  With a recent ruling the General Court (EU) has overturned the EUIPO decision and given the go-ahead for registration of the trademark “Chiara Ferragni”, stating that there is no likelihood of confusion  and/or association between the trademarks in question.

The Court went on to assess the trademarks from three different perspectives: visual, phonetic and conceptual. Visually it ruled that the figurative element of the second sign had “a significant impact on the overall visual impression” and therefore “the two signs are, at most, only slightly visually similar”. However, phonetically it ruled that the differentiating element «ferragni» was phonetically more important than the common element «chiara», since although it is placed after the former it is longer and more distinctive. Therefore the degree of phonetic similarity “is average or even slight”.

Conceptually the Court ruled that the two signs were different since the later trademark identified a specific person with forename and surname, while the earlier denominative trademark referred solely to a common name. The decision also took into consideration the channels in which the products in question are offered for sale in which decisions to purchase are mainly based on visual criteria. Consequently the differences between the earlier trademark “Chiara” and the later trademark “Chiara Ferragni” with the stylized eye were considered sufficient to rule out the possibility of consumers believing that the goods come from the same undertaking or from economically-linked undertakings. Lastly, although the goods bearing the trademarks belong to product categories which are identical or similar (i.e. clothing and accessories) the Court stated that the marks can co-exist on the market since "there is no likelihood of confusion in public perception because of the differences between the signs, in particular from a visual perspective".

The full decision can be found at the following link.

Tweet
More in this category: « Employee inventions: a recent decision by the Supreme Court The exclusive right of Adidas on the trademark consisting of three parallel stripes affixed to the side of athletic shoes »
back to top