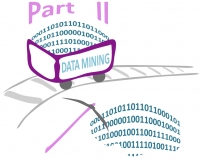 Data Mining vs. Copyright Part II: The EU opens up to commercial purposes

The new text of the draft EU Digital Single Market Copyright Directive (the “Copyright Directive”), on which the EU Commission, Parliament and Council reached agreement last February, contains a number of interesting changesin matters of text and data mining, also with regard to questions raised in a previous article of ours posted in October 2018.

“Text and Data Mining” (“TDM”) is generally understood as the use of automated techniques for harvesting digital information such as text, sounds, images and data from large datasets and analyzing it in order to draw patterns and correlations therefrom which may reveal useful trends and data.

In the context of the data-driven economy TDM is becoming increasingly important and its application is transversal to many sectors, both public and private. The mining and analysis of large masses of data from multiple sources is used, for example, in the public administration to process statistical studies, in the commercial sector to effectively calibrate marketing campaigns and in the industrial sector to develop hi-tech products such as self-driving vehicles.

It is for these reasons that interested parties have supported insertion in the Copyright Directive of an exception which allows TDM to be conducted without the owners of legitimately accessible works and databases being able to oppose it on the basis of their copyright, in particular the exclusive right to reproduce protected works and to extract and re-use information on databases. But let us begin from the beginning.

The first draft of the Directive proposed by the European Commission in 2016 provided for an exception to copyright for TDM, but only for research bodies and cultural institutions for the sole purpose of scientific research (Article 3). The main concern of the EU institutions was that legal uncertainty as to the legitimacy of TDM could put a brake on EU competitivity at global level. Subsequently, in the Council text of May 2018, later also approved by the EU Parliament in September 2018 with various amendments, a further general exception was introduced in TDM matters. As for such general exception the purpose of research was no longer needed, opening up to commercial purposes. The exception was, however, optional for Member States, which could decide whether or not to transpose it into their own national legislation (Article 3a).

The main change to the latest version of the draft Directive, of February 2019, is that the genral exception will become mandatory for EU Member States. The new wording of Article 3a of the Directive also specifies more clearly than was the case with the previous text that the exception will be applied only to the extent to which use of the works and/or databases being mined has not been adequately and expressly “reserved” by the relative holders, for example by machine-readable means in the case of content which is publicly available online.

As we hoped in our article of last October, the new text also explains the significance of “machine-readable means”, citing as examples metadata and the terms and conditions of a website or a service (Recital 13a). It follows that should rightholders wish to stop their works or databases being mined, they will have to adopt adequate measures, including instruments that can be read by TDM software, which, upon detecting the presence of such measures,must immediately refrain from processing reserved content. On the other hand, those who conduct TDM must be careful not to run up against express reserves made by the relative rights holders.

The text of the Directive must now be approved by the EU Parliament, due to vote in plenary session on 26 March 2019. Pending new developments and until we are able to comment on the final text, an initial significant observation which may be made is that the direction taken seems to lead to more effective harmonization of the legislation of Member States, facilitating cross-border TDM which is one of the principal levers for the development of the digital single market, also in matters of AI, and for greater competitiveness of the EU at global level.

Tweet
More in this category: « Religious communities and personal data processing: Jehovah’s Witnesses must also abide by the GDPR The Copyright Directive and Data Mining: what are the rules for tech start-ups? »
back to top