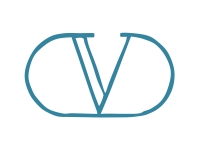 The issuel decided by the Court of First Instance of Milan by decision no. 4346/2019 of 7 May 2019 was based on a 1979 co-existence agreement between Mario Valentino (plaintiff), a Neapolitan company operating in the leather goods sector, and the Valentino fashion house (defendant). According to the plaintiff the agreement stipulated that, in relation to the leather goods sector, the defendant could use the “V-logo” (i.e. a symbol with a particular graphic style, composed of the letter “V” inside an ellipse) while Mario Valentino reserved the right to use and register the letter “V” without any limitation as to the graphic style connected to use thereof. The plaintiff argued that the defendant sold bags bearing signs other than the “V-logo”, in particular the V-Rockstud or motifs created by serial repetition of the letter V  (Valentino pattern). Mario Valentino therefore requested that the defendant be found guilty of breaching its obligations under the co-existence agreement and infringing the plaintiff’s trademarks. Valentino argued that the right to use the “V-logo” under the agreement must be interpreted as being a mere example, since it was also entitled to use and register signs other than the “V-logo”, provided they were sufficiently characterized as to differ fromthe letter “V” used by Mario Valentino. In its Statement of Defence Valentino also sought a ruling from the Court that Mario Valentino had, in turn, breached provisions of the 1979 co-existence agreement which regulated the placing of signs on goods and on packaging, and that four bags which it had created and registered as designs were infringed.

The Court dismissed Valentino’s broad interpretation of the agreement and, in part, admitted the claims of Mario Valentino. It stated that, on the basis of interpretation of the will of the parties construed from the general tenor of the agreement, Mario Valentino, in particular relation to the leather goods sector, had the exclusive right to use the letter “V” per se and in any graphic style. By way of exception the defendant could use, in the same sector, only the letter “V” in the particular graphic style of the “V-logo”, since no intention to grant it the right to use signs other than the “V-logo” could be construed either from the literal tenor of the agreement or from the will of the contracting parties. Therefore, the Court ruled that use by the defendant of the V-Rockstud sign did not comply with the provisions of the agreement and that the sign infringed the Mario Valentino marks. On the contrary, the Court ruled that use by the defendant of the Valentino pattern was lawful in that it was a geometric motif whose combination and superimposition of components  “created an aesthetic effect which was different from that of repetition of the letter “V” which characterizes the marks registered by Mario Valentino”.  The Court also ruled that Mario Valentino had breached contractual provisions relating to use of the Mario Valentino signs on goods and packaging, and had infringed the designs owned by the defendant. All square for the moment then, but the last word has yet to be said since the term for filing an appeal is still running.

Tweet
More in this category: « The three-dimensional mark relating to “Flying V” guitars ruled invalid on the grounds of lack of distinctive character Virtual currency: the debate, not only in Italy, is ongoing »
back to top