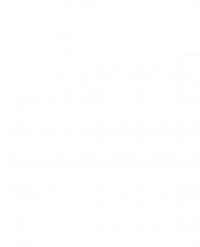 Fashion shows, unfair competition and copyright infringement: the case of Fendi Vs. Zara

Milan’s Fashion week along with its shows presented by some of the most prominent companies in the industry is a period in which stylists and their followers work very hard in an exhibition or “tour de force” of events and parties. However, Milan’s Fashion Week also requires extensive effort on part of the law and interpretation. Over the years, both Italian and European Courts have passed several rulings regarding High Fashion and have thus opened a discussion pertaining to fashion shows and the rights and legal issues associated with them. In regards to this decision, on July 10 of last year, the Specialized IP Division of the Court of Milan presided over a case of unfair competition and copyright infringement between the fashion houses Fendi and Zara Italy, where the contested subject matter consisted of photographs from a show.

The Roman fashion house Fendi claimed that the well-known clothing company Zara had unlawfully used two photographs that had been taken from Fendi’s show in the 2013 Fashion Week. These two photographs that portray a model in a red dress are symbolic of the collection presented last year by Fendi and are owned exclusively by the company. In fact, Zara further developed and reproduced, in the form of drawings, these photographs on certain articles of clothing that had been marketed and sold in Zara’s stores. The Court of Milan welcomed Fendi’s claim based on the applicable law regarding unfair competition and copyright infringement and subsequently granted the company the necessary legal protection. In addition, the judge prohibited Zara from reproducing or selling, in any form, the articles of clothing containing the images in violation. Furthermore, the judge authorized the seizure of the garments already on the market and established a penalty for each violation of this measure as well as for possible delays in its implementation. The Court recognized that this legal situation in which Zara reproduced photographs that were part of an intense advertising campaign promoted by Fendi, has the potential to create a real risk of “post-sale confusion” in the public. A “post-sale confusion” in this case represents the possible association between the products of Fendi and Zara, which in turn demonstrates an advantage in unfair competition, favoring Zara. In conclusion, the graphic representation of the photographs amounts to unfair competition, since Zara’s behavior had the purpose of “linking” its own products with those of its competitor, thus violating Article 2598 of the Italian Civil Code.

Tweet
More in this category: « Packaging: protection confirmed Rights related to copyright infringement on the Internet and competent court: Attorney General EU proposes a criterion for identifying the damage "delocalized" »
back to top