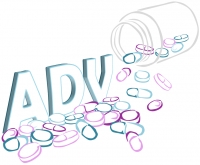 With the recent verdict from February 17, 2015, the Italian Advertising Self-Regulation Institute (IAP) found itself once again dealing with commercial communication related to food supplements, particularly the product “GinPent” of Ambrogio Vivai S.r.l., which was declared to be in violation of Articles 2 and 23 of the IAP Code (Code of Advertising Self-Regulation).

Intervention on part of the Jury was requested by the Control Committee who considers that the graphic and verbal composition of the message included in this advertisement of the product “GinPent,” distributed in “La Stampa,” attach an effectiveness to the product that transcends that of a simple food supplement. The advertisement suggests almost medicinal properties, ensuring for example, “to promote more controlled gastric acidity” and “to help promote a more regular and normal functionality of the cardiovascular system.” These claims are also accompanied by the image of a man – clearly in a state of suffering – who is later offered the advertised product as a therapeutic answer.

In order to determine whether the advertised message directly induced consumers to link “GinPent” with the qualities of pharmaceutical or medical products, the Jury took into consideration diverse elements and, in particular, the image utilized in the advertisement – that of a man suffering who is presented like an anatomical table with arrows connecting the name of various human organs of the body to their specific location. Although the images are “language without syntax,” by coming together, these images “create logical connections” which, in this case can be described as: the suffering expressed by the first image connected to the product packaging demonstrates a cause and effect relationship, as if to say, in the first image one recognizes a problem and in the second image, a solution is found. The misleading nature of the message is further enhanced by the successive images employed, since each package is accompanied by a caption mentioning the precise nature of the remedy in relation to the different areas of the body, causing the consumer to believe that these products are medicinal products instead of supplements. According to law, supplements cannot invoke possession of therapeutic activities or prevention of specific diseases – those being two characteristics typical of pharmaceutical drugs.

The repeal on part of Ambrogio Vivai did not serve any purpose towards the necessity of employing “the average consumer of the reference group” as a parameter for evaluation. “The average consumer of the reference group” cannot be interpreted as a parameter that legitimizes every excess in communication, but, on the contrary, it must be interpreted in the context that “information and wisdom constitute a reasonable measure for establishing the spaces from which the correctness of the message should not come out,” in light of the standards regarding advertisements of food supplements (Reg. CE 655/2013, Reg. CE 1924/2006, D.lgs. 169/2004 as well as Article 2 and 23 of the IAP Code).

The Italian Advertising Self-Regulation Institute is called upon frequently to analyze advertisements concerning food supplements – which represent a consistently growing sector in the market.

Already in the year 2003, the Institute integrated Article 23 entitled “Food Supplements and Dietary Products” with the “Regulation for commercial communication of several types of food supplements, including those concerning weight control or weight loss,” thus setting the guidelines for advertisements responsible for these products. Cases that involve a misleading, deceptive nature have been reoccurring in recent years. These cases of misleading advertising can be based on the absence or lack of provability of the properties attributed to the product or, on the other hand, these cases can involve boasting of characteristics not typical to a known supplement, as seen with the “GinPent” advertisement. Both of these circumstances constitute a violation of the IAP Code; in the “GinPent” case, a food supplement was advertised primarily as a pharmaceutical drug.

Tweet
More in this category: « Good news from Bruxelles regarding advertising in the gambling sector Happy Easter »
back to top