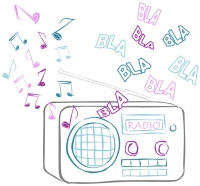 With sentence no. 3930 passed on March 26, 2015, RTL 102.5 HIT RADIO S.r.l. (“RTL”) must pay SCF Consorzio Fonografici (“SCF”, the main Italian collecting society which licenses sound recordings and music videos for use in broadcast, public performance and new media), that still manages 95% of Italian recording repertoire, a sum of 1,414,644.98 Euros, by way of compensation pursuant to Article 73 LDA for the period between August 2009 and December 2012.

This verdict follows the partial decision of the same Court no. 9164 dated August 2nd, 2012, expressed in the trial presented by SCF, who welcomed the requests by the consortium, and agreed that discounts established by the conventions negotiated with the pre-existing professional associations (later replaced by SCF, and by now expired) should not be permitted in these broadcasting stations, on which basis the stations were disbursing to SCF an amount inferior to what is required by Art. 1 of the DPCM dated 9.1.1975 - that is the 2% that must be calculated on the real time of use of the phonographs during the complete show schedule of each one providing the payment - and no longer on the 50% of the gross income of the broadcast station, as decided in the (expired) conventions.

The final judgment of the Court of Milan upheld the conclusions of the expert witness regarding the damage to be compensated. The expert witness assessed the total amount of time/music in respect to the rest of the broadcasted content of RTL (excluded by the application of Article 73 LDA), proceeding to isolate only the actual amount of musical pieces played in respect to the entire content of each radiobroadcast, thus excluding all speech, jingles and other songs that are not part of the repertoire managed by SCF. The expert witness thus identified a tax base equivalent to 2% in favor of SCF, comparing the time/music to the broadcasting station’s advertising proceeds.

The court claimed to be aware of the difficulty in proceeding to make a clear division between advertising income directly related to the diffusion of music and the income connected to the different content that is broadcasted by the station.

According to the court, this situation was properly evaluated by the expert witness in determining the time/music. Both the judgments passed during the proceedings between SCF and RTL reaffirm the actual time of phonogram use as a quantification calculation basis pursuant to article 73 LDA, providing broadcasters also with a criterion on which to rely.

Tweet
More in this category: « Happy Easter Advertising is going native: the principle of transparency in Italy and the United Kingdom »
back to top