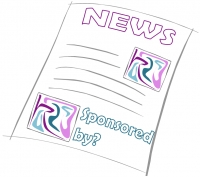 Advertising is going native: the principle of transparency in Italy and the United Kingdom

As is already happening in the United States and the United Kingdom, advertising investments in initiatives of native advertising are growing in Italy. Therefore, the debate regarding the applicable norms and principles that can be used with these forms of marketing is also intensifying – this topic was also discussed last week at the seminar organized by IAB Italia (the association that represents the Interactive Advertising Bureau and that is dedicated entirely to this theme).

From the beginning of this year, the case of the selfie taken by Francesco Totti to capture the draw against Lazio has become the subject of complaint by the Antitrust Authority (AGCM) for containing hidden advertising, after all, the selfie allows brand exposure for that specific smartphone.

Native advertising is not represented by a specific model or technology, but it tries rather to engage users by making available content that may be of interest to them – with a technical and non-intrusive manner – which can assume virtually infinite forms – and thus, presenting such content with the same likeness of the medium and of the principle content with the purpose of constructing a beneficial interaction between users and brands. The forms of native advertising that have already been experimented on the web include offers of sponsored editorial content, celebrity endorsements of products and brands, testimonials and trend-setters as well as the use of content and comments generated by users.

But when users are unable to identify the promotional nature of the native content made available to them or of the promoted initiatives, which rules apply? This is a matter of hypothetical concealment and therefore, can these principles and rules apply to misleading and hidden advertising?

This question has already received an affirmative response in other European countries, above all first in the United Kingdom. The Advertising Standard Authority (ASA) in the UK already recognized in 2011 that the principle of transparency in advertising for the consumer is always applicable, regardless of the means of diffusion (and therefore also for communications diffused through social media, Twitter or sites of file sharing), from the model to the process in which the content is presented. Therefore, if content is promotional in nature, it must be clearly identified as such whenever this nature is not apparent from the context.

In the last four years, ASA has passed judgment on several cases regarding: online advertorials (v. Unilever UK Ltd, in 2011), Tweets diffused through Twitter (v. Nike UK Ltd, in 2013), and a challenge launched by video bloggers (v. Mondelez, the Orfeo Case in 2015).

Also in the UK, in February of this year, the British Internet Advertising Bureau (IAB UK) published the first guidelines for native advertising operators, these guidelines were drafted together with the association of British advertisers (ISBA), online publishers of AOP and operators of content marketing, in respect of the principles established by the ASA code.

In particular, the guidelines of the IAB UK invite brands to follow three fundamental principles when they utilize native advertising: provide the consumer with conventional devices that enable them to recognize the content as marketing content, utilizing for example, logos, fonts, formatting or shading that distinguishes the marketing content from the editorial content; ensuring that the publisher or whoever publishes the content of native advertising utilizes visible and distinctive elements that can be recognized by the consumer, thus making it clear that a commercial agreement exists; guaranteeing that the content complies to the applicable norms of law, to the CAP Code of the ASA and to each applicable regulation.

In fact, with particular reference to the theme of transparency and brand awareness, both the Consumer Code and the IAP Code contain rules aimed at preventing misleading advertising implemented not by the content of the message, but by concealing its commercial purposes and thus preventing consumers from activating their natural distrust that would otherwise arise from the awareness that these are messages with a specific promotional nature.

The application of rules and regulations in effect does not preclude the fact that native advertising is perceived as a new phenomenon”: however, it is a form of commercial communication that, even if expressed with innovative variations permitted by the web by technology, proposes communication techniques that are already known and used, for example in advertising and editorial sections and columns, in testimonials to credit brands, products and services as well as in sponsorship and product placement.

The theme of transparency in native advertising is not the only legal issue that this type of communication features – think of the issues connected for example to the profiling of user data. However, transparency is a particularly important issue because, as noted by various research activities carried out (among which the recent research conducted in the United States by the Association of National Advertisers, ANA), the public chooses the native content under the condition that the origin is clear and that there is trust in the author, publisher or the brand. This trust can be lowered if the user perceives little clarity or transparency in the way in which the content is being proposed, with immediate effects on the efficiency of communication.

Tweet
More in this category: « RTL condemned to pay record producers the compensation for the use of phonograms in their show schedules TripAdvisor does not “deceive” the average Internet user: the Regional Administrative Court of Lazio (TAR) annuls the decision (and the maxi-sanctions) of the Antitrust Authority (AGCM) »
back to top