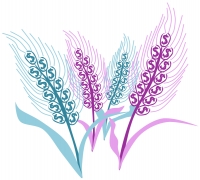 Plant varieties and exceptions to deprivations

With the June 25th, 2015 verdict in the case C-242/14, the Court of Justice ruled on the scope of the application of Article 14 Reg. CE 2100/94 concerning exceptions to the protection of a community variety of certain agricultural plant species and, in particular, the possibility that farmers, “for purposes of protecting agricultural production”, can use “in fields for the purpose of propagation, within their companies, the product of the harvest that they have obtained by planting, in their companies, propagating material of a variety other than a hybrid or a variety of synthesis that is covered by a Community plant variety. This activity can be carried out for free by small-time farmers against payment of equitable remuneration (considerably less than the amount expected from a normal license) from other farmers.

In particular, the decision in question is triggered as a result of preliminary ruling of the German Court, which asked whether access to the derogation in Article 14 was invoked in all cases and at all time by the persons mentioned therein or, conversely, there was the need on their part to advance, within a certain time limit, a formal request to be eligible for this exemption (i.e. that it was no burden of the owner to “discover” the use of his variety.

In this sense the Court, when recalling art. 6 Reg. 1768/95, (in accordance with which, among other things, the obligation to pay the equitable remuneration to the holder of deprivation when the farmer actually uses the product of the harvest of the protected variety for propagation) made it clear that where the holder has not specifically provided for (contractually) a date for the execution of the payment, “the farmer can still arrange to meet that obligation after having sowed the harvest of the protected variety, since the date of actual use of the product for propagation on the fields is not the final deadline by which the payment of remuneration exception must be made. Rather, it’s the date from which this remuneration becomes payable.

The Court has also made clear, however, that although the abovementioned law does not indicate in any way the period within which the farmer is obliged to pay the remuneration itself (but repeats only the time from which the payment is receivable by the holder), it would be contrary to the spirit of the regulation and to every principle of good faith. In particular, the Court stated, “allowing a farmer that had used propagating material of a protected plant variety obtained from cultivation, to be able to fulfill, without any time limit, the obligation to pay equitable remuneration exception and, consequently, to avail themselves indefinitely for exemption under Article 14 of Reg. No. 2100/94”; also because of the fact that such an interpretation, among others, would render legal proceedings ineffective under Article 94 of the same regulation that evidently precluded “that the offender may always provide for the regularization of his position, even after the discovery, by the holder of the deprivation, of a disguised utilization of the protected plant variety”.

That, according to the Court, also because the “owners of a plant variety are solely responsible for the control and surveillance of the use of varieties protected under authorized cultivation”, so that the same can “claim good faith and cooperation by interested farmers”, given that, otherwise, “the absence of a term precisely established, to which farmers are subject for the fulfillment of the obligation to pay equitable remuneration derogation, is likely to encourage them to indefinitely delay the payment in the hope of avoiding it.

Consequently, the Court has made clear therefore that the exception in Article 14 Reg. 2100/94 is automatic and absolute, but on the contrary, it is necessary to conclude an appropriate equitable remuneration or, if that fails, that this should be paid within a maximum period identified by the Court in the “end of the marketing year during which such use has taken place “in order not to invalidate the possibility to benefit from the exception itself (and thus, in fact, be considered an infringer).

Tweet
More in this category: « Freedom of panorama: the report by Committee on Legal Affairs on the vote of the European Parliament Plagiarism of works of art: the Italian Supreme Court makes the point (courtesy of Emilio Vedova) »
back to top