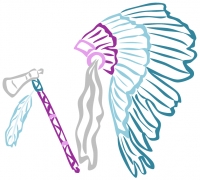 The decade-long saga continues in the United States regarding the name Redskins. This dispute is between the American football team The Washington Redskins, who have been using this name since the 1930’s, and a group of Native Americans lead by spokesperson Amanda Blackhorse. The group of Native Americans believes that this term is racist and offensive and for years they have been fighting for the annulment of this trademark, which is considered politically incorrect and evocative of a racist legacy that is inappropriate for the modern era. This legacy is diametrically opposed to the position of Daniel Snyder, the current owner of the team, who places emphasis on the tradition of the name, adopted in 1933; the reasoning for selecting this name was to recall the courage and pride of the Native American Indians.

After several clashes that all resulted in victory for the Pro-Football, Inc., the owner of the team, the following recognition of lawful registration regarding the disputed name ended in 2014 with annulment on part of the Trademark Trial and Appeal Board of the US Patent and Trademark Office. The dispute was in favor of the appeal by the group headed by Blackhorse and called for the annulment of all the federal registrations of the football team that contain the term “Redskins,” because such registrations are deemed offensive and disparaging to the Native Americans.

The recent decision of Judge Gerald B. Lee of the US District Court in Washington – which had been called upon to rule over the decision of the US Patent and Trademark Office – confirmed with the judgment of July 8, 2015 that the annulment of the disputed trademarks was valid due to the fact that the term “Redskins” is disparaging and offensive to a relatively large population of Native Americans, and for these reasons, in accordance to Section 2(a) of the Lanham Act, this term cannot validly constitute a registered trademark.

The decision, as specified by Judge Lee, does not substantialize in any way an injunction against the Pro-Football, Inc. regarding the concrete use of these trademarks in the market. This use is instead considered a commercial and economic choice that transcends the jurisdiction of the Court.

It is the liberty itself of Pro-Football, Inc. to use the Redskins Trademark that supersedes the principle defense of the trademark’s owner, namely the free expression of thought guaranteed by the constitution, that the organization had recalled in its favor to justify the use of the term “Redskins;” in fact, it is not the use of the term that is being prohibited, but more so, its registration; therefore, from the annulment of the registered sign we cannot derive any oppression of the freedom of expression of the team owner.

From a legal standpoint, the case has not yet been concluded, being that the company has recourse to appeal. In addition, Snyder has publicly declared on several occasions that he does not have the intention to change the name of the team. From a political standpoint, the issue appears to have taken a more definitive direction, especially in light of Barack Obama’s expressed stance on this matter. For example, in 2013, he explicitly declared that if he were the owner of this team, he would have certainly changed the name if he knew that it was considered offensive for a sizeable number of people; his stance is in agreement with several senators of the Democratic Party that had written to the president of the National Football League strongly requesting that he modify this name that is considered offensive and racist.

In order to avoid any dispute concerning racist behavior, the German company Haribo – whose licorice gummy “Skipper Mix” depicts, among other objects, African and Central American tribal masks considered by many Swedish consumers as discriminatory towards people of color – received a ruling opposite that of Snyder, thus defending a change in the gummy candy’s appearance from the contested shape. This shape was meant to represent the memories collected throughout the captain’s journey around the world in his ship that is depicted on the packaging.  In conclusion, Haribo decided to eliminate those candies from the Scandinavian market.

Also in our country, especially in the food and confectionery sectors, we know several historical trademarks that correspond to a collective image of certain ethnic groups that by now is considered outdated (examples include crunchy Moretto or the little chocolate Negrita, or other coffees). Regarding these trademarks, the sign is accompanied by drawings with colonial inspiration that are the result of outdated iconography (plump and prominent lips, pronounced lines, particular clothing, etc.). The perception of these indications on our market, however, seems to overlook any suggestive references made by these signs in order to favor the feeling of familiarity and knowledge of the products that these trademarks represent, which in return reverts back to an outdated atmosphere.

Tweet
More in this category: « Plagiarism of works of art: the Italian Supreme Court makes the point (courtesy of Emilio Vedova) Internet Bill of Rights: Italy presents the final version of the Declaration of Internet Rights »
back to top