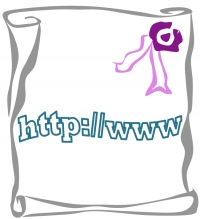 Internet Bill of Rights: Italy presents the final version of the Declaration of Internet Rights

On July 28th, one year after the establishment of the Commission for the rights and duties related to the internet (of which we had discussed in our previous article), the “Declaration of Internet Rights” was approved and presented. This final text is the result of countless months of public consultation as well as hearings and meetings with experts from the same Commission.

The declaration is non-binding and therefore remains an instrument of soft law and an example of socio-cultural inspiration.

The final text of the declaration, not very different than the initial draft, keeps constant several uncertainties already expressed over the course of the drafting – primarily the lack of references to freedom of expression – but also offers good food for thought.

Particularly, the declaration gives rise to the vision of the internet as a space where citizens live, communicate, work and thrive; pursuant to that vision, the declaration establishes certain legal guidelines for interacting - and at the same time, for protecting themselves – in the worldwide web.

Among the modifications to the final version of the declaration include the simplification of the article on net neutrality (current article 4), the addition of the right to access personal data, to be able to modify or delete personal data for legitimate reasons (article 5 – legal protection of personal data) as well as the emphasis on the theme of profiling, connected to net identity.

In regards to copyright, the final version has transposed article 13 of the draft “Right to Education” in current article 3 “Right to Knowledge and Education on the Net” by inserting a provision addressed to public institutions stating that these institutions must “take into consideration the rights deriving from the recognition of moral and material interests connected to the production of knowledge.” Although the reference to copyright is evident, it is expressed indirectly and without concreteness. In recent years, there have been several successive attempts at safeguarding copyrights on the net, even in the national level. First, there were attempts on part of the Authority for Communications Guarantees – such efforts in this context, however, are not taken into consideration.

The declaration could become a unitary motion for all parliament groups and serve as a reference for future legislative activities. Surely it must be considered as a first step and an important milestone regarding the theme of protection for citizen rights on the internet, a theme that our legislature has not yet confronted in an organic way.