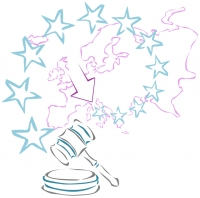 With the sentence passed on December 10, 2015 (case C-350/14), the European Court of Justice ruled over a prejudicial claim concerning applicable law to non-contractual obligations arising out of tort.

The question was raised during proceedings between Mr. Lazar, a resident of Romania, and the Italian insurance company Allianz, in which Mr. Lazar demanded compensation for both pecuniary and non-pecuniary damages, following the death of his daughter from an automobile accident in Italy.

According to the Judge of the Court of Trieste, which has decided to refer the matter to the ECJ because the claimants were asking for compensation for a loss which they would have personally suffered through by the death of their relative, it is imperative to understand if this loss constitutes a real damage or an indirect consequence of tort.

In this case, the question of interest lies in establishing what should be a proper interpretation for Article 4, paragraph 1, of Regulation Roma II which states that “the applicable law to non-contractual obligations arising out of tort is that of the nation in which the damage occurs.”

The deferment by the Court of Trieste to the ECJ brings up the question regarding the interpretation of the expression “place in which the damage took place” and the circumstances for which the pecuniary and non-pecuniary damages were suffered, in the place of the claimant’s residence, by relatives of a deceased individual caused by an automobile incident that took place in the forum state. The referral by the Court of Trieste to the ECJ questions whether or not the aforementioned situation constitutes “damages” pursuant to Article 4, paragraph 1 or if it consists of merely “indirect consequences” resulting from the second part of this provision.

Examination of the right to compensation is essential in order to identify applicable law. In this case, the Court established that the direct damage – in this case the automobile accident – is essentially the only aspect of the case that can be considered in determining the place where the damage occurred.

In this ruling, the European Court of Justice had the opportunity to clarify how “application of the nation’s law where the direct damage took place is therefore part of the objective, as declared in recital 16 of Regulation Roma II, to ensure the predictability of the applicable law, while avoiding the risk that the tort is broken down into several parts, each subject to a different type of law according to the places in which the parties, separate from the direct victim, suffered damages.”

The ruling is interesting if viewed in a broader perspective of the legislation regarding compensation for damages – including the act of counterfeiting – where the “direct damage” is the pertinent element of connection that should be used to determine applicable law to an obligation arising out of tort, independent of the “indirect consequences.”

Tweet
More in this category: « The use of third party trademarks on the Internet The saga of cookie cushions continues: Barilla wins again »
back to top