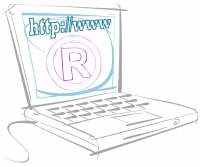 The use of third party trademarks on the Internet

With the decision passed on March 3, 2016, the European Court of Justice ruled over a case regarding the use of third party trademarks in online advertisements. This case deals with a retailer’s commitment to ensure continued spread of advertisements on the internet and in search engine lists, with the result that the name of the retailer continued to be associated with the owner’s trademark even after the contract with the advertiser was finished and despite the retailer’s efforts to stop the advertisements. The Court ruled in favor of third party companies even if there is a lack of approval on part of the owner since the Court held that the third party is not liable for counterfeiting since it cannot exercise control – neither direct nor indirect – over an act that constitutes use and it is also unable to stop such use and thus comply with the ban.

In particular, the Hungarian company Együd Garage - whose business consists of retail trading motor vehicles and their parts as well as repairs and maintenance – was merged with Daimler, owner of the international trademark “Mercedes-Benz”, by a service agreement for repairs, established years before.

The Hungarian Court submitted the following judicial question to the ECJ: If article 5 paragraph 1 letter b of directive 89/2004 must be interpreted as such “the owner of a company trademark has the right to take action against a third party who is mentioned in an online advertisement where the trademark appears (…), also when the publication of the online advertisement has not been carried out or commissioned by the person who is named on it; the owner of a trademark also has the right to take legal action if the advertisement is available online despite the fact that the person indicated has taken all possible measures to remove the advertisement.

The first argument of the Court is based on the fact that autonomous acts committed by third party economic operators cannot be attributed to an advertiser; an example includes certain website managers that take and use advertisements that had been published on other websites – without the knowledge and approval of the advertiser – to promote the use of their website, with the aim of making potential paying users believe that the website has a strong connection with one that is more popular and that has a strong foundation.

The Court recalls the rational of article 5 directive 2008/95, stating that paragraph 3 of this article does not fully list all the types of use that a trademark owner can prohibit and only mentions behaviors committed by a third party – such as affixing the sign on its products or using it in business mail or in advertisements, as well as acts such as placing these products on the market: according to the Court’s judgment, Együd Garage’s conduct does not fall into the aforementioned activities.

Finally, the Court also affirmed that “regarding the purpose of article 5 paragraph 1 of directive 2008/95, it is clear that this provision seeks to provide trademark owners with a legal instrument that would permit them to prohibit, and in this case, to put an end to, every use of their trademark on part of a third party without their authorization. However, only a third party who has either direct or indirect control over an act that constitutes use, is capable of putting an end to such use and thus can comply with the ban.”

The Court has therefore established that letters a) and b) of paragraph 1 in article 5 of directive 2008/95 must be interpreted as such: a third party who is mentioned in an online advertisement that provides the impression that there is a business relationship between the third party and the owner of the trademark, is not liable for infringement, if the third party, who originally commissioned the advertisement, has explicitly requested the manager of the specific internet site to remove the advertisement or the trademark statement included therein.

Tweet
More in this category: « Further developments on the Uber affair: an invitation by the Antitrust Authority to the Parliament for the creation of a “third kind” of drivers The European Court of Justice provides clarifications regarding applicable law to a non-contractual obligation arising out of tort »
back to top