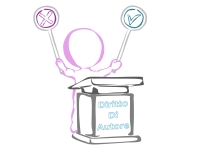 Work-made-for hire and copyright ownership: a recent decision of the Italian Court of Cassation

The Supreme Court of Cassation has put an end to the lawsuit filed by the author of the slogan “You are, we car”, used by FIAT Group Automobiles S.p.A. in their advertising campaign for the launch of the new Fiat 500. The author had claimed that there was an unlawful use of this tag-line on part of the automaker due to the lack of an agreement regarding the transfer of economic rights in such slogan.

During the judgment of first instance, the Court of Turin (Sentence from July 28, 2010) recognized that the slogan “You are, we car” constituted an work protected by copyright law and welcomed the author’s claims, while prohibiting FIAT from using the phrase. During the appeal (Sentence from December 21, 2011) such decision was overturned. While confirming the nature of the intellectual work of the slogan, the Court of Appeal rejected the plaintiff’s claims arguing that there had been a clear agreement between the parties concerning the assignment of rights in the slogan, even if not in writing, under which the designer had accepted to collaborate in order to develop the slogan intended for Fiat’s advertising campaign and to transfer the ownership rights to the Fiat, even without consideration.

In opposition to the judgment of the Court of Appeal, the designer raised a complaint in the Supreme Court of Cassation, arguing, among the other motives, that the judgment being appealed had allowed the transfer of economic rights of a protected work without written approval, thus in violation of article 110 of the Copyright Law which provides that “the transfer of exploitation rights must be evidenced in writing.”

With judgment n. 13171 of June 24, 2016, the Civil Court of Cassation, section 1, established that the provision in question, however, “is not applicable when, as in this case, the customer has purchased, by the original title, economic exploitation rights of a work as well as during the execution of a contract (in free form) regarding the creation of an intellectual work concluding with the author, coherent with the fact that this contract involves the assignment of economic rights relevant to its objective and purposes.”

According to the Court in the case in question there was not a transfer of economic rights regarding the work pursuant to the principle established in Article 110 of the Copyright Law but, on the contrary, the performance of a contract for the creation of a work-made-for-hire that allowed the work to come into light, with its originality and ability to be protected by copyright, whose ownership is immediately vested in the customer, who was entitled to use the work for economic purposes.

The Court also highlighted how consideration does not constitute in any case an essential element of work-made-for hire; therefore, the contract is valid also in case no consideration is provided in favor of the author.

Tweet
More in this category: « The Court of Rome deems lawful the reproduction into press releases of articles, information and news that have already been published in newspapers and periodicals Mass production does not rule out the product’s artistic value »
back to top