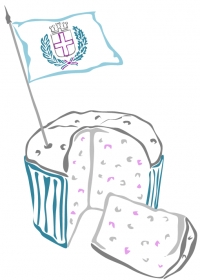 Dispute among bakeries: a recent judgment for the brand “Cova”

With the sentence passed on May 23, 2016, the Court of Milan concluded the judgment of first instance between the company Pasticceria Confetteria Cova and Cova Montenapoleone (referred to as “Cova” in this article) on one side and the company Panettoni G. Cova (referred to as “G. Cova”) on the other. In fact, the first disputes between the companies date back to the 1940s, when the two companies drew up the first of three agreements aimed at regulating in detail the ways in which G. Cova could utilize the name “cova” for its bakery. As it is evident, these agreements between the two companies did not prevent these disagreements, which ended in favor of Cova.

The Court of Milan held that these usages of the sign “cova” on part of G. Cova (Panettoni) constituted a serious breach of the “tolerance” contracts that were in place between the two parties; therefore, the Court declared this judicial resolution as a result of G. Cova’s blatant non-compliance with the canons of good faith. In compliance with the consolidated guidance of the Supreme Court, according to the Milanese judges, this canon must be interpreted as “a general obligation of solidarity that requires each party to act in a way that preserves the interest of the other, regardless of specific contractual obligations, such as the non-contractual duty of nemin laedere (general duty of care). The Supreme Court also stated that this canon of good faith must be understood as “a solidarity commitment to carry out all legal acts that may be required to safeguard the interests of the opposing party, so that such measures do not involve a significant sacrifice on the one company’s behalf.”

Being that the compromised negotiation between Cova and G. Cova was founded on small, but highly important details that were crucial in distinguishing the products and brands of one of the companies from the other, it was necessary that these companies maintained an elevated level of correctness so to “help ensure that misunderstandings and misconceptions are not generated and diffused, even indirectly.”

As a result of the declared resolution from the agreements, the Court restricted G. Cova (Panettoni) from implementing any further use of the sign “cova” (and “covini”) and recognized that G. Cova should provide financial compensation for having debased the brand Cova which became victim of the “reduced tendency in people to recognize its elite bakery products, as a result of the constant and repetitive juxtaposition of its artisanal, rich traditions with mass production.”

Regarding the parcel containers of the panettone, the judges found that there was not sufficient evidence provided by Cova in relation to the originality and the distinctive capacity of this particular packaging that G. Cova, on the contrary, proved to be highly popular in the sector.

Tweet
More in this category: « The sale of multimedia players that allow for hyperlinking of protected works is considered “communication to the public” Principle of unity for the EU trademark and territorial scope of the ban against further acts of counterfeit »
back to top