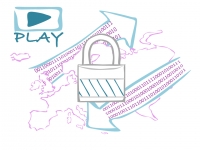 European Digital Single Market and Regulation: will European broadcasters still be allowed to prohibit the retransmission of their channels abroad?

On September 14, in implementing the strategy for the digital single market (which we discussed in two of our previous articles), the European Commission published a proposal for regulation concerning the retransmission of radio and television content titled “on the exercise of copyright and related rights in the field of online transmission of broadcasting and retransmission of television and radio programs.” The current proposal was preceded by a public consultation launched by the Commission on August 24, 2015 and concerned the revision of the SatCab Directive (Directive 93/83/EEC “On the coordination of certain rules regarding copyright and related rights applicable to broadcasting via satellite and cable retransmission”). This Directive was aimed to verify the opinion of rights holders, operators in the sector and collecting societies in respect to the so-called “Principle of the country of origin,” contained in article 1.2 of the Directive. This consultation ended in February of 2016.

The current draft of the regulation contained an extension of the “principle of the country of origin” for distribution (more precisely for communication to the public and reproduction) of television and radio programs carried out directly by broadcasting organizations (for convenience, here we consider these organizations as broadcasters) through services available on request as well as services related to the primary dissemination activities (so-called “ancillary right services”), including simulcasting and catch-up, with the latter allows users within a given period of time, to view broadcasted content on specific days and times that differ in respect to the days and times when this content is aired. In applying this principle, the applicable law will be that of the country in which the broadcaster has its principle establishment; therefore, the content available in the library of the issuer shall be made available in that country even though they are available in other EU countries.

The issuer will therefore be in a position to make this content available throughout the European Union without requesting further consent from the content’s rights owners – as long as it is understand that when deciding the amount of compensation needed to grant patent rights, the parties must keep in mind all the aspects of ancillary right services provided by the issuer, including the characteristics of the service, the public in reference and the language of the version. The proposed regulation is then responsible for regulating certain aspects of the exercise of retransmission rights on the part of the copyright owners and owners of related rights (subject to the broadcasters for their own content). Some of these owners will be able to exercise this right exclusively through a collective management organization, as is the case under Directive 93/83/ECC for satellite broadcasting and cable retransmission.

According to article 2 of the regulation, the broadcaster can no longer prohibit or authorize the retransmission of its channels abroad. The word “retransmission” must be understood as every simultaneous retransmission, unchanged and fundamental for a television or radio program, differing from cable retransmission (as defined in Directive 93/83/ECC) and retransmission via internet (as defined in EU Regulation 2015/2120), including via satellite, intended for reception by the public of a broadcast originating in another member state, where the same happens under the care of a third party in respect to the broadcaster that implemented it or had control over it.

As announced, through the regulation, the Commission intends to assist the broadcasters in providing online ancillary services and to allow for a limited extension of existing provisions for retransmission by cable to retransmission by other relevant diffusion methods, excluding the technology used. The Commission also intends to facilitate rights clearance on TV and radio programs. Depending on where it is implemented, the regulation will have a strong economic impact as well as a strong impact on the business model regarding exploitation of rights in the audiovisual content sector and also on contracts that have already been concluded between rights owners and broadcasters. In particular, the application of the principle of “country of origin” – and therefore, the fact of making content available in a single member state, renders it available in all the territory of the European Union and acts as a risk of damaging the usage in other member states, since it would no longer be possible for rights owners of content to grant licenses that ensure an exclusive national territory or respect the agreements already undertaken.

Tweet
More in this category: « Right to communication to the public: the ECJ rules on hyperlinks v. copyright protection Television Format among exclusive IP rights and free competition: on the forthcoming implementation in Italy of a self-regulating code to discipline Tv format »
back to top