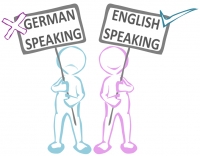 On September 22, 2016, the European Court of Justice ruled on a question concerning the relationship between the unitary character of the European Union trademark and the territorial scope of the inhibitory and other sanctions against counterfeit of the trademark, in the situation that this counterfeit is identified only in a specific region of the EU. The case in question concerns the trademark “Combit,” belonging to a German company and the trademark “Commit,” belonging to an Israeli company. Both of these companies are active in the sector of software commercialization and development also on the internet.

This interpretation would seem at odds with the principle of unity for the EU trademark, established as the cornerstone of Regulation 207/2009 Art. 1, whereby the effects of the trademark extend to all Member States and – of course – this must be valid also for the cessation of the effects: the trademark will not be able to be declared null in one single state and valid in another, but null or valid for all of the Community. In this regard, the Court established that the interpretation of the territorial scope of the injunction stated above does not affect the character of unity of the EU trademark “as long as the right is reserved for the owner of the trademark to prohibit any use that compromises the trademark’s functions” and, in particular, the function of indicating the source or origin.

Tweet
More in this category: « Dispute among bakeries: a recent judgment for the brand “Cova” Another decision on the protection of the advertising concept: the “Little Devils” case »
back to top