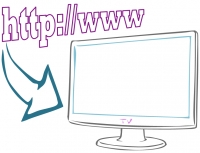 On December 8, 2016, Attorney General Manuel Campos Sanchez-Bordona released his conclusions on judgment C-527/15 (Stichting Brein v Jack Frederik Wullems) supported by the Rechtbank Midden-Nederland (Dutch District Court) before the European Court of Justice. The origins of the dispute can be traced to a previous case between the anti-piracy foundation Stichting Brein and Jack Frederik Wullems regarding the latter engaging in the sale of multimedia players named filmspeler. These filmspeler are “plug and play” systems which help in connecting one’s television screen with a library of content (films, TV series and programs) and when in the presence of internet connection, these systems aid in connection with websites and portals. The filmspeler work through an open source software which allows users to read files in an easy-to-use interface complete with menus that can be utilized by anyone. There are also add-on modules, which include hyperlinks that redirect to third party sites where the users have free access to streaming of audiovisual content, with or without the consent of the relevant rights owners.

According to Stichting Brein, through the public sale of the filmspeler, Wullems committed an act of communication to the public that was in violation of the Dutch policy on copyright and the rights connected to the relevant rights owners, many of whom – editors, producers, film distributors, associations and importers of audiovisual support, multimedia producers – are founders and supporters of the foundation.

The Dutch District Court held that the applicable Dutch legislation must be interpreted in light of article 3 of Directive InfoSoc; however, according to the court, on the one hand, the law of the CJEU and in particular, the Svensson and BestWater cases did not provide sufficient criteria to decide the case. On the other hand, it was not clear whether the “temporary copy” defense argued by Wullems could be applicable with respect to the streaming activities, subject of the verdict in light of the implementation of Dutch law article 3.5(1) of Directive InfoSoc.

The Dutch District Court has therefore suspended the verdict and replaced it with a series of questions to the CJEU and in particular, asked them to clarify if, according to article 3(1) of the Directive, “communication to the public” existed in the case of sales of a system that contains add-ons with hyperlinks to websites and thus allowing access to audiovisual content protected by copyright without consent of the relevant rights owners. The Court also asked whether or not it can be considered “legitimate use” each time a user creates, through streaming, the temporary reproduction of a protected work whose content is made available without consent of the relevant rights owners. In his conclusions, Attorney General Manuel Campos Sanchez-Bordona held that the sale of a multimedia player with characteristics of those of Wullems, constitutes “communication to the public” pursuant to article 3(1) of the Directive and cannot be covered by any exception (article 5(1)), since it does not enter into the scope of the definition “legitimate use” and, in the end, there are no conditions for the application of the so-called three-step test (article 5(5)). This is also in light of the previous decision of the Court regarding GS Media – although, in this case the subject is not in the presence of hyperlinks posted on a website, but rather of add-ons which contain hyperlinks and are installed on the player.

More importantly, the Attorney General observed how the intervention of Wullems is “crucial” and the sale of the filmspeler goes beyond the sale of a system (according to what was understood from Introduction 27 of the Directive) since the sale of a system provides the necessary hardware and software designed precisely to enable the buyer to access, on the network, works protected by copyright, without the consent of the relevant rights owner. This function constitutes the added value of the system and it is the reason for why the defendant receives a fee from users. Everything considered, in the opinion of the Attorney General, Wullems is completely aware, as it is clear from the commercial communication of the system.

Also, it would be considered communication to a “new public” (that is, a public in which the rights owners have not taken into account when they authorized the distribution of the protected work); the filmspeler systems make it possible for all users - who may not be particularly capable of searching illegal websites to watch films and TV series - to access protected works otherwise available only through the network. Thus, these filmspeler will give users the opportunity to easily access content through a simple menu.

The AG’s conclusions express a particularly favorable position for copyright owners. All in all, these conclusions push for a position to be taken by the Court which would reflect the following: “accepting the lawfulness of reproductions of this nature would be like promoting the circulation of pirated digital content and therefore would severely jeopardize copyright protection and create favorable conditions for illegal methods of distribution – all to the detriment of the correct functioning of the internal market.”

Tweet
More in this category: « Television Format among exclusive IP rights and free competition: on the forthcoming implementation in Italy of a self-regulating code to discipline Tv format Dispute among bakeries: a recent judgment for the brand “Cova” »
back to top