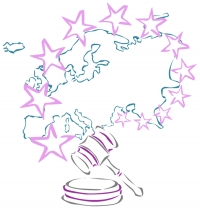 With the sentence passed on Dec. 21, 2016 (cause C-654/15), the European Court of Justice clarified that where there is likelihood of confusion within five years after a trademark’s registration, the owner has the right to prevent third parties from using a subsequent trademark that is similar or identical to his/her/its trademark for commercial purposes and for similar or identical products and services, even in the absence of evidence proving the use of the previous trademark.

From the decision we can deduce that in the case of use, or after the first five years of registration during which the owner may begin to use the trademark, the assessment of likelihood of confusion must be carried out in practice and is no longer based solely on registration; in accordance, furthermore, with an interpretation that by now is well-established in our national law (see Court of Milan, Sept. 15, 2016; Court of Milan Feb. 25, 2016 and Court of Milan Feb. 24, 2016).

The dispute underlying the reference for a preliminary ruling issued by the Swedish Supreme Court involved a company operating in the banking sector that owns an european figurative mark which is registered in classes 36 and 37 of the Nice Classification (the Länsförsäkringar AB) and a company whose primary activity consists of production and installation of wooden homes (Matek A/S).

Länsförsäkringar initially brought Matek to court on the basis of infringement on its registered mark by the defendant as well as for obtaining an injunction against the use of the registered mark.

Although upholding at first instance the claimant’s questions, the Svea Court of Appeal eventually overturned the decision of the first judge, stating that for cases of counterfeiting, it is not sufficient to simply consider a formal mark registration which is assumed to be counterfeited.  According to the Svea Court of Appeal in the aforesaid case it is necessary that the decision is based on actual use of the mark.

Länsförsäkringar then brought the matter before the Swedish Supreme Court, claiming that in the period of five years after the registration of a mark, the evaluation of likelihood of confusion must be carried out based on that registration, independent of the actual use of the mark.

The Swedish Supreme Court suspended the proceedings and issued a reference for a preliminary ruling at the ECJ which has provided its interpretation of article 9, paragraph 1, letter b) of regulation n. 2009/207 CE in relation to the operating methods of assessing the likelihood of confusion between a registered EU mark and a sign that is presumed to be counterfeiting that mark, in the five-year period after the mark’s registration.

In particular, according to the ECJ, the interpretation of article 15, paragraph 1 alongside with article 51, paragraph 1, letter a) of regulation 2009/207 CE lays down an actual grace period of five years from the registration date in favor of the owner of the EU mark.  During this grace period, the owner of the mark cannot be declared as deprived of his/her/its rights neither for one part nor for the entirety of the products and services claimed.

The ECJ has therefore passed the following principle of law: by virtue of the combined provisions of article 9, paragraph 1, letter b), article 15, paragraph 1, as well as article 51, paragraph 1, letter 1) of regulation n. 2009/ 207 CE, over the five years period after the registration of a EU mark, the EU mark’s owner is allowed to prevent third parties from using any trade sign identical or similar to his mark in respect of all goods and services identical or similar to those for which that mark has been registered without having to demonstrate genuine use of that mark in respect of those goods or services.

Tweet
More in this category: « “Solaia” is a strong brand, but not a well-known brand: a recent case of counterfeiting in the wine sector TVCatchup, Act II: Illegal broadcasting of television programs on the internet and infringement of the copyright according to the European Court of Justice »
back to top