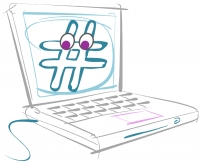 In recent years, there has been an increasing use in commerce regarding hashtags, which contain proprietary or third party trademarks.

The hashtag, as it is known, is an instrument used primarily to group together and promote content on the Internet. However, when analyzing the hashtag symbol individually, it is interesting to note that the “pound sign”, which makes up the hashtag, is generally a neutral element and does not have any specific meaning when by itself.  Often, the hashtag is placed alongside competitor trademarks to direct users who are searching for more well-known trademarks (and their products or services) to other third-party websites.  Hashtags are also used for the purpose of associating with more well-known trademarks, even if they belong to different market segments.

This circumstance entails a strong dichotomy between the function of the hashtag (such as the grouping together of posts and facilitation in research of various online content) and the principle function of proprietary trademarks, which should instead consist of a distinctive and dynamic function of trademark-message  as an indicator of origin, quality or positioning and which as such constitutes an exclusive right.

In Italian legal system, hashtags do not have a specific discipline and their regulation can – and must be – connected to the general rules provided for trademarks, and in particular, articles 20 and 21 of the Industrial Property Code (Legislative Decree of Feb. 10, 2005 n. 30).

In absence of a proper European or Italian case law on this matter, the most near case seems to be the unauthorized use of third party trademarks as adwords.  On this aspect, the EU Court of Justice has stressed how the use of a third party trademark must not in any case “violate one of the functions of the trademark” (CJEU 22 Sept. 2011, C-323/09, Interflora) and primarily, the function of indicating the origin, a function which is adversely affected “where that advertising does not enable average internet users, or enables them only with difficulty, to ascertain whether the goods or services referred to by the ad originate from the proprietor of the trade mark or from an undertaking economically linked to it or, on the contrary, originate from a third party” (CJUE 8 July 2010, C-558/08, Portakabin; in this respect see also Court of Milan, 23 April 2013).

Unlike in Europe, hashtags have received much more attention from a legal standpoint in the United States.  Since 2013, the USPTO (United States Patent and Trademark Office) updated the guidelines for examiners by highlighting how a term containing the “#” symbol or the term “hashtag” can be registered as a trademark only if it has distinctive character (“only if it functions as an identifier of the source of the applicant’s goods or services”; par. 1208.18) as in the case of  traditional trademarks, since the addition of the “#” sign before a term that is not protectable by law does not make it eligible to be registered.  Furthermore, it is interesting to note that the US Courts have also had the occasion to rule several times over various cases regarding hashtags, even though the decisions are not univocal.

Despite the ongoing regulatory framework, even in Italy hashtags nowadays have come to represent an indispensable tool for brand promotion on the internet and many of the principle operators have chosen to proceed with registering hashtags + their own trademarks as a way to facilitate trademark protection.

In this respect, the adoption of a policy for monitoring and implementing correct use of hashtags, also through licensing systems, increases the possibility of effective protection against situations of confusion tarnishment, dilution, and vulgarisation.  In cases in which third party signs are used in commercial activities for their distinctive function, it is necessary to obtain consent by the owner and in this situation, the unilateral use of the tag @ without an affirmative answer does not seem to be an instrument that would suffice by itself to obtain an explicit consent.

Tweet
More in this category: « Art Bonus – A summary of Italian tax credit connected to culture Selling multimedia players that allow for hyperlinking of protected works is considered illegal “communication to the public” since it lacks authorization from the authors: the EU Court of Justice confirms the conclusions of AG Campos Sanchez Bordona »
back to top