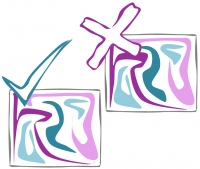 Plagiarism of works of art: the Italian Supreme Court makes the point (courtesy of Emilio Vedova)

The recent ruling issued by the Italian Supreme Court (Section I Civil, judgment no. 2039, of 26 January 2018), in the case filed by the Emilio & Annabianca Vedova Foundation, was an opportunity to confirm the well-established principles concerning the comparison of works of art that should inform legal judgments in cases of plagiarism.

The Vedova Foundation claimed that a painter, who had reproduced the works of the famous Venetian artist Emilio Vedova, and the gallery that had promoted them, had infringed the law, according to Art. 171 of the law 22 April 1941 no. 633 (“ItalianCopyright Law”).

Firstly, when comparing two works, the Supreme Court highlighted the requirement for a creative element, albeit minimal, to be sought in any “plagiarised” work (Supreme Court. 28 November 2011, no. 25173; 12 March 2004, no. 5089).  This is anessential prerequisite for the application of Authorship Protection, bearing in mind that protection is not extended to the idea itself, but only to the form of its expression.

“Plagiarism is not found in the idea itself upon which the work is based.  Authorshipprotection is not extended to ideas, where similarity is attainable by coincidence as a result of independent intellectual activity.  What is worthy of protection is the uniqueness of ‘expression’, understood as the form through which the content of an intellectual product is expressed, with originality and personality.  Ideas themselves do not receive protection in our legal system.  What is crucial [vis-à-vis adjudging plagiarism] is for the way in which the ideas are carried out - the external form of their representation – to be identical.” (see judgment, paragraph 3.2).

So as far as plagiarism is concerned, the Court recalled that in order for it to be confirmed the piece of plagiarism “must not show any peculiar features of artistic significance which allow it to bedistinguished from the original as a ‘semantically’ different creation.”  (see Supreme Court. 19 February 2015, No. 3340);

“In essence, it is necessary that the plagiarist has appropriated the creative elements of the work of others, slavishly copying what others have conceived of and expressed, in a specific and identifiable form.”(see judgment, paragraph 3.2).

The existence of plagiarism is disqualified when the newer work, although based on the same inspiration and idea, differs in the fundamental elements distinguishing its expressive form.

The mere risk of confusion between the works is not relevant in the judgment of plagiarism and, as well as in the assessment on the overall impression created by two trademarks(Supreme Court 15 June 2012, No. 9854; 27 October 2005, no. 20925), the judgment should be made after an overall, concise, non-analyticalevaluation, focused on the examination of the essential elements of the works.

The evaluation of plagiarism which is usually confirmed by the judge after technical expertise, is a case-by-case judgment as the fact in each case are particularly relevant and this technical evaluation cannot be revert in the appeal stage (Supreme Court 27 October 2005, no. 20925).

The Supreme Court furthermore pointed out that, in the case of Arts Foundations, whenever such institutions offer their protection to an artist's work, “this invariably extends to the judicial action necessary to safeguard it”(see judgment, paragraph 2.2), and reiterated that, in the event of violation of the moral and economic exploitation rights of the author, all of the parties who have made a significant contribution to the crime are jointly responsible, including those who have commercialized the works as part of their business activity.  Hence the gallery owner, being considered equally culpable, having to respond jointly with the author of plagiarism for violation of the fundamental duty of due diligence under Article 1176 of the Civil Code.

In the case under examination, the Court found that the appeal judges had correctly applied these principles and had correctly upheld an instance of plagiarism of the works of Emilio Vedova, rejecting the appeal and ordering the appellant to reimburse the costs of the case.

Tweet
More in this category: « Plant varieties and exceptions to deprivations The trademark Redskins offends native Americans »
back to top