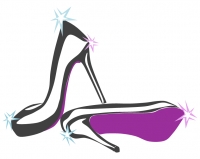 In 2010 Christian Louboutin, the French designer known throughout the world for his jewelled shoes with their signature scarlet-red soles, registered a trademark in the Benelux countries comprising of "the colour red (Pantone 18 1663TP) applied to the sole of a shoe".

In 2012 Louboutin asked the Hague Tribunal to establish whether the Dutch footwear company Van Haren was guilty of counterfeiting the Louboutin brand by selling women's shoes with red soles.  Van Haren countered that Louboutin’s trademark was invalid, because the colour red, when applied to the sole of the shoe, overlap with the shape of the product and confers a substantial value to the shoes.

The Hague Tribunal referred the matter to the European Court of Justice in order to clarify whether or not the prohibition on registering shapes as marks that give substantial value (Par. 3(1)(e) of Directive 2008/95) also extended to non-three-dimensional characteristics such as colour.

In his first Opinion of June 22, 2017, Advocate General Szpunar qualified Louboutin’s trademark as a particular colour in conjunction with a shape, rather than a trademark consisting of a specific colour only.  He concluded by saying that such trademarks (signs) are indeed potentially subject to prohibition as set out by Par. 3(1)(e) of Directive 2008/95.

Surprisingly, instead of ruling on the case, the European Court of Justice ordered a reopening of proceedings and on 6 February 2018 the Advocate General again pronounced on the question, deepening his previous conclusions. He took the opportunity to point out that the ratio under Par. 3(1)(e) of Directive 2008/95 resided in the interest of keeping signs that are linked tothe shape of the product within the public domain.

Therefore, according to the Advocate General, if the features which confer "substantial value" to a product relies upon external factors, such as consumers perception of the trademark , it would be inconsistent to fail to apply the prohibition referred to in Par. 3(1) (e) to a trademark that consists in a particular colour in conjunction with a shape .

This opinion differs markedly from recent decisions made in national courts, such as in France and Belgium.  These courts argued that dotted lines on shoes have the sole purpose of identifying the trademark in question. Consequently, national courts have classified Louboutin as a figurative trademark (rather than as a shape trademark) and affirmed its distinctive character, considering the suitability of that mark to indicate the origin of the products to which it relates.

It is worth bearing in mind that the conclusions of the Advocate General are not binding on the European Court of Justice, and so it will be interesting to see if and to what extent the Court follows this opinion.

Tweet
More in this category: « Internet Bill of Rights: Italy presents the final version of the Declaration of Internet Rights Further developments on the Uber affair: an invitation by the Antitrust Authority to the Parliament for the creation of a “third kind” of drivers »
back to top